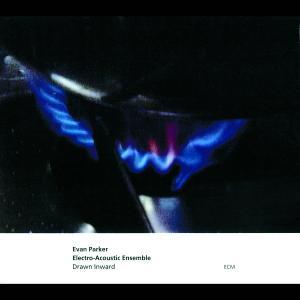 Evan Parker
Chiasm
CD
EUR 29,99*
+Philipp Wachsmann,Barry Guy,Paul Lytton,
Lawrence Casserley,Walter Prati,Marco Vecchi
"Drawn Inward" is the second ECM release from Evan Parker's Electro-Acoustic Ensemble. "Toward The Margins" (ECM 1612), the debut album released in 1997, attracted a great deal of critical attention for its sensitive cross referencing of free improvisation, live electronics and real-time sound processing, and for its insistence on regarding improvisation as a compositional process. "Absorbing, innovative and wholly original music", The Times declared. "Serious play in every respect", The Guardian agreed. "This is as near-perfect as it gets," the magazine Avant opined, "being a bridge between the spheres of free improvisation and contemporary composition. If Ligeti ever wrote music for soprano saxophone, strings, percussion and electronics, it would sound something like this."

Saxophonist Parker's under-documented involvement with electronics goes back to the late1960s when he co-founded the Music Improvisation Company(whose eponymously-titled debut was the fifth album issued by the fledgeling ECM label) with Hugh Davies and Derek Bailey. His Electro-Acoustic Ensemble was established in 1992 to explore the potential of matching each member of his (acoustic) "free jazz"-inspired trio with an electronic musician who would process the sounds and send them, as it were, back into the ring. In the early model of the group, improvisor Philipp Wachsmann processed Barry Guys bass-playing, electronic composer Walter Prati treated Parker's saxophones, and Prati's associate Marco "Bill" Vecchi, a producer / engineer, worked with Paul Lytton's percussion sounds. In the period of "Towards The Margins", this method was already being overhauled. To limit Wachsmann to a processing role was to ignore, imprudently, his vast talents as a string player, so the latter also came more prominently into play. And Paul Lytton's live electronics were also becoming increasingly important to the group sound. To give proper attention to these developments, a Wachsmann / Lytton duo album, "Some Other Season" was recorded in 1997, and issued in January 1999. The duo continues to function as a kind of satellite project to the Electro-Acoustic Ensemble.

With "Drawn Inward" there are more changes, the most significant of which is the addition of computer musician Lawrence Casserley to the band. Casserley has been exploring the potential of electronics since 1963 when, as a student at the Chicago Musical College, he had his priorities turned around by a revelatory performance of Stockhausen's "Kontakte" by the composer with Christoph Caskel and David Tudor. By 1966, Casserley was working with computers. Over the last 30 years his priority has been the utilizing of electronics in performance. A collaboration with Barry Guy and the London Jazz Composers Orchestra in 1995 brought him together with the improvisors. Since then, armed with his IRCAM Signal Processing Workstation he has worked with Guy, Parker, Lytton and other "free" musicians. In the Electro-Acoustic Ensemble he is the most "manœuvrable" of the electronics players, reacting speedily as he takes sounds from all of the musicians - often including sounds already transformed - and subjects them to further real-time processing.

Within the septet, up to five musicians - Wachsmann, Lytton, Casserley, Prati, Vecchi - may be playing electronics at any given time. This has increased the complexity of the Ensemble's maze-like sound. Yet throughout the album there is also considerable attention paid to acoustic solo statements, within an electronically-enhanced context. This again is a departure from "Toward The Margins".

"The Crooner", for instance, dedicated to Coltrane's favourite balladeer, the velvet-voiced Johnny Hartman, features an untreated Philipp Wachsmann playing with unusual melodic forthrightness over flickering group improvisation. On "Serpent In Sky" and the title track, Evan Parker's swirling acoustic soprano saxophone solos are banked by the heavily-treated strings of Guy and Wachsmann. On every track on "Drawn Inward" the balance of electronic and acoustic forces is redrawn.

1999 also happens to mark the 30th anniversary of the founding of the Evan Parker / Paul Lytton duo, a group within the group here and one which set new directions in European improvisation. Two tracks on "Drawn Inward" pay oblique homage to the first flowering of the Parker / Lytton duo. "Collect Calls (Kingston-Milano)(Bugged)" alludes to their near-legendary album "Collective Calls (Urban) (Two Microphones)". In the pre-sampler days of the early 1970s, Lytton and Parker would sometimes deploy cassette recordings of previous performances to thicken the plot and the sound in concert. With this in mind a DAT tape of the "Toward The Margins" launch concert in Milan in 1997 was fed into Marco Vecchi's mixing board and used as the backdrop for a new ensemble improvisation on "Collect Calls". The technology has been improved, and the gesture can still make musical sense.

And while Parker has been exclusively a tenor and soprano saxman for very many years, in the early duo days his instrumentarium extended also to devices borrowed from other cultures. For "Phloy In The Frame" he was persuaded to play the khène, a South Asian reed instrument distantly related to the harmonica and comprised of bamboo pipes. The khène sets the scene for an "orchestrated" Lytton solo, his percussion and electronics reformulated in the moment by the electronics players, with Casserley particularly active.

So it goes. "Drawn Inward" looks both at Parker's past and towards margins not yet drawn.