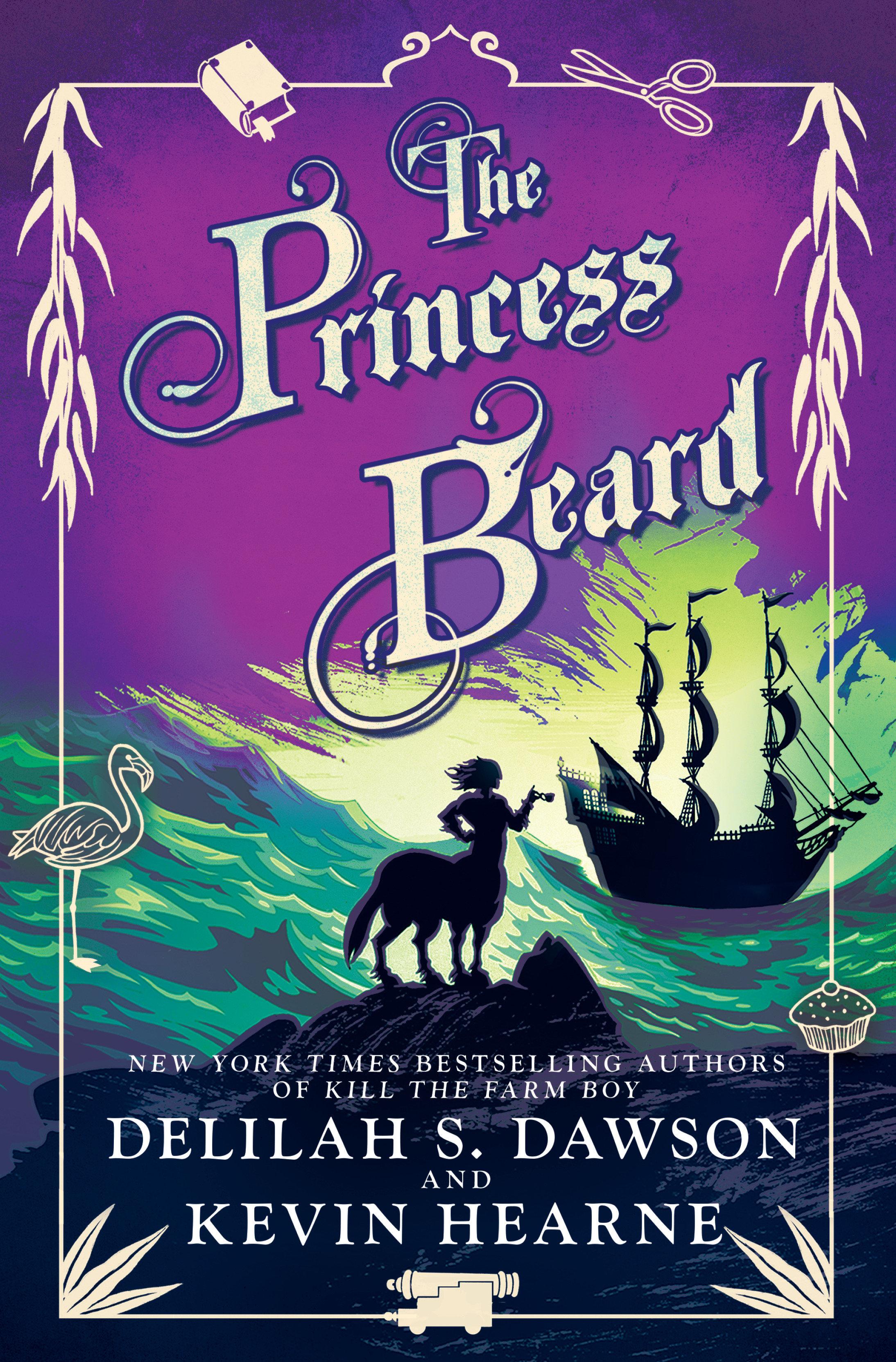 This princess can shave herself! The hilarious bestselling authors of Kill the Farm Boy and No Country for Old Gnomes are back with a new adventure in the irreverent world of Pell.

Once upon a time, a princess slept in a magical tower cloaked in thorns and roses.

When she woke, she found no Prince Charming, only a surfeit of hair and grotesquely long fingernails-which was, honestly, better than some creep who acted without consent. She cut off her long braids and used them to escape. But she kept the beard because it made a great disguise.

But these are no ordinary pirates aboard The Puffy Peach, serving under Filthy Lucre, the one-eyed parrot pirate captain. First there's Vic, a swole and misogynistic centaur on a mission to expunge himself of the magic that causes him to conjure tea and dainty cupcakes in response to stress. Then there's Tempest, who's determined to become the first dryad lawyer-preferably before she takes her ultimate form as a man-eating tree. They're joined by Alobartalus, an awkward and unelfly elf who longs to meet his hero, the Sn'archivist who is said to take dictation directly from the gods of Pell. Throw in some mystery meat and a dastardly capitalist plot, and you've got one Pell of an adventure on the high seas!

In this new escapade set in the magical land of Pell, Delilah S. Dawson and Kevin Hearne lovingly skewer the tropes of fairy tales and create a new kind of fantasy: generous, gently humorous, and inclusive. There might also be otters.

Born and raised in Arizona, Kevin Hearne graduated with a degree in English Education and worked in high school education in California before returning to Arizona.

Kevin Hearne
No Country for Old Gnomes: The Tales of Pell
Buch
EUR 27,41*